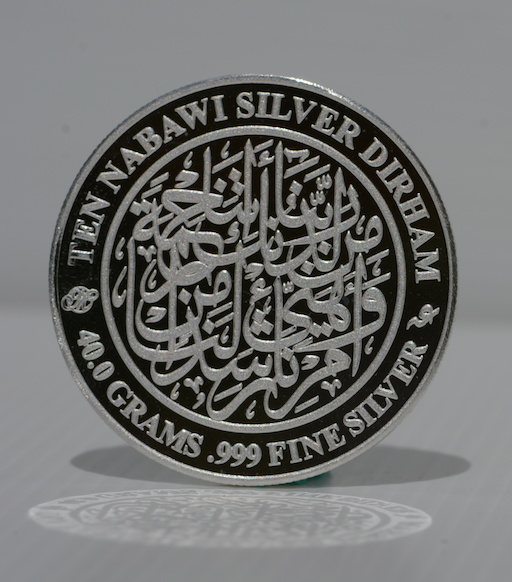 The Ten Nabawi Silver Dirham produced by 24 Qirats is a fine silver coin minted according to the denomination of the standard weight and purity of the Sasanian Drachma , the silver coins circulating in Makkah and Madinah during the era of Rasulullah (pbuh), which formed the basis of value used in the Nisab of Zakat revealed in 2 Hijrah.

The Ten Nabawi Silver Dirham, Version 1, is a classic design which incorporates a prayer asking for guidance from Allah against the trappings of Dajjal, and for the Ummah to be united as one.