Description of the Holy Prophet Muhammad

Description of the Holy Prophet Muhammad

It was exactly 1,486 lunar years ago today that the Holy Prophet Muhammad  was born to complete the Deen as a Mercy to the Worlds. To commemorate this momentous occasion, we wish to share a brief but brilliant description of the Seal of the Prophets through the eyes of those who knew him best… Hind ibn Abi Halah ibn Malik, the son of Khadijah bint Khuwaylid (r.a) from an earlier marriage, described the Holy Prophet Muhammad (s.a.w) as follows:

“The Messenger of Allah was of consecutive sorrows, continuous thought, never finding rest, long in silence. He did not speak without cause. He spoke with his full mouth (was not arrogant), and spoke concisely. His speech was just, with neither excess nor deficiency. He was not pompous, nor denigrating. He exalted all blessings no matter how small and never belittled a single one. He would never praise his food nor criticize it. He was never angered by matters of this life nor that which was associated with it. However, if justice was transgressed, nothing could stand up to his anger until justice was established. He never became angry for his own self nor sought retribution for himself. If he gestured, he did so with his whole palm. If he was amazed, he overturned it. If he spoke, he struck with his right palm the inside of his left thumb. If he became angry he turned away, and when he was happy he lowered his gaze. The majority of his laughter was [restricted to] smiling.”

“He was not vulgar nor did he condone vulgarity, and he was not one to shout in the market place. He did not reward evil with evil, rather, he would forgive and overlook. He never in his life struck anything with his hand except when he was fighting in the name of Allah. He never struck a servant nor a woman, and I never saw him taking revenge for an injustice dealt him, except if the prohibitions of Allah were transgressed. For if the prohibitions of Allah were transgressed, he was among the strongest of them in anger. He was never given a choice between two matters but he chose the simplest of the two. If he entered into his home he was a man like any other; cleaning his own garment, milking his own goat, and serving himself. He would guard his tongue from that which did not concern him. He would attract them (the people) and not repel them. He would ennoble the noble of the people and charge them with their affairs. He was wary of the people and guarded himself against them but without depriving them a warm smile or fitting conduct. He would inquire after his companions and would ask the people about their affairs. He would encourage that which was good and strengthen it, and he would discourage that which was evil and undermine it. He was balanced and consistent. He would never be neglectful that they would not learn neglect and grow indifferent. He had a provision for every occasion and he never fell short of justice nor exceeded it. The closest people to him were the best among them, and the best among them in his eyes were the most comprehensive in advice. The highest of them in stature with him was the best among them in looking after the people and assisting them. He would not rise nor sit down without praise [to God]. If he visited a gathering he would sit wherever the group ended (and not at their head) and he encouraged the same. He would give all those sitting with him their just due [to the extent that] they would each feel that none was more important to him than them. If someone were to sit with him or come in search of a favor he would be patient with them until they (the guest) would be the one to leave. Whoever came to him with a request was never turned away except with that which they had asked for or with a kind word. His cheerfulness and good manners encompassed them all such that he became a father to them and they all became equal in rights. His gatherings were those of knowledge, humbleness, patience, and integrity. In them there would be no raising of voices nor transgressions of prohibitions. They would not expose one another’s errors, but would be equal, encouraging each other in the fear of God. In them, they would respect their elders, be merciful to their children, give preference to those in need, and protect the stranger.”

“He was continually smiling, gentle in manners, soft in nature. He was not severe, harsh-hearted, loud, abusive, or miserly. He would disregard that which he disliked, and no one ever despaired of him. He never responded to disparagement or evil words. He forbade upon himself three things: Argument, arrogance, and that which did not concern him. And he relieved the people of three: He would not degrade any among them or abuse them, he would not search after their honor or private matters, and he would not speak except in matters which he hoped to be rewarded for. When he spoke his attendees would lower their heads as if birds had alighted upon them. Once he finished they would speak. They would not vie with one-another in his presence to speak, but when one would talk in his presence the rest would listen until he finished. Speech in his presence was that of the first among them. He would laugh with them, and wonder with them. He had patience with the strangers when they were gruff in speech and requests, to a degree that his companions would fetch them to him. He would say: ‘If you see someone in need, fetch him to me.’ He would not accept praise except from those who were balanced and not excessive. He would not interject into someone’s speech unless they transgressed, in which case he would either rebuke them or else leave. He was the most generous of heart, truthful of tongue, softest in disposition, and noble in relationship. He who first set eyes upon him feared him, but he who associated with him loved him. Those who described him would say: ‘I have never seen before or after him anyone similar to him, peace be upon him.’” Indeed, Peace and Blessings be upon the Most Beloved of Allah Subhanahu wa Ta’ala, the Seal of the Prophets and the Greatest Creation of God Almighty who ever walked this earth, and the very best example for us all to follow in his divinely guided and perfectly righteous footsteps… 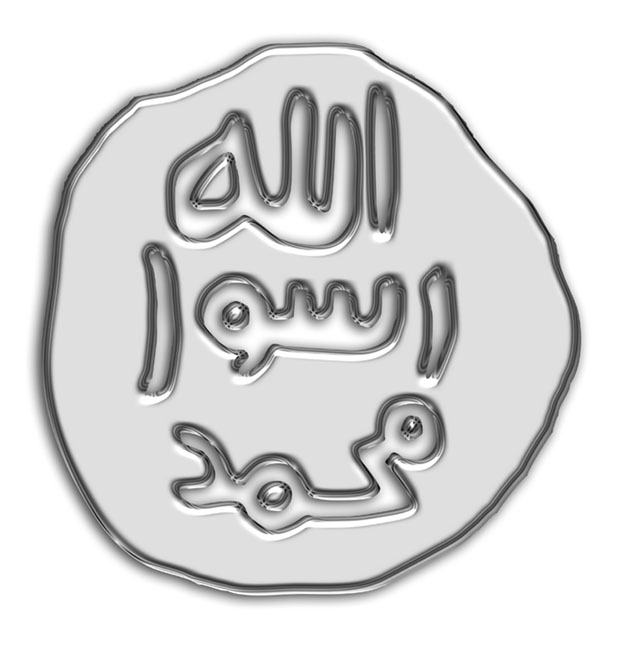