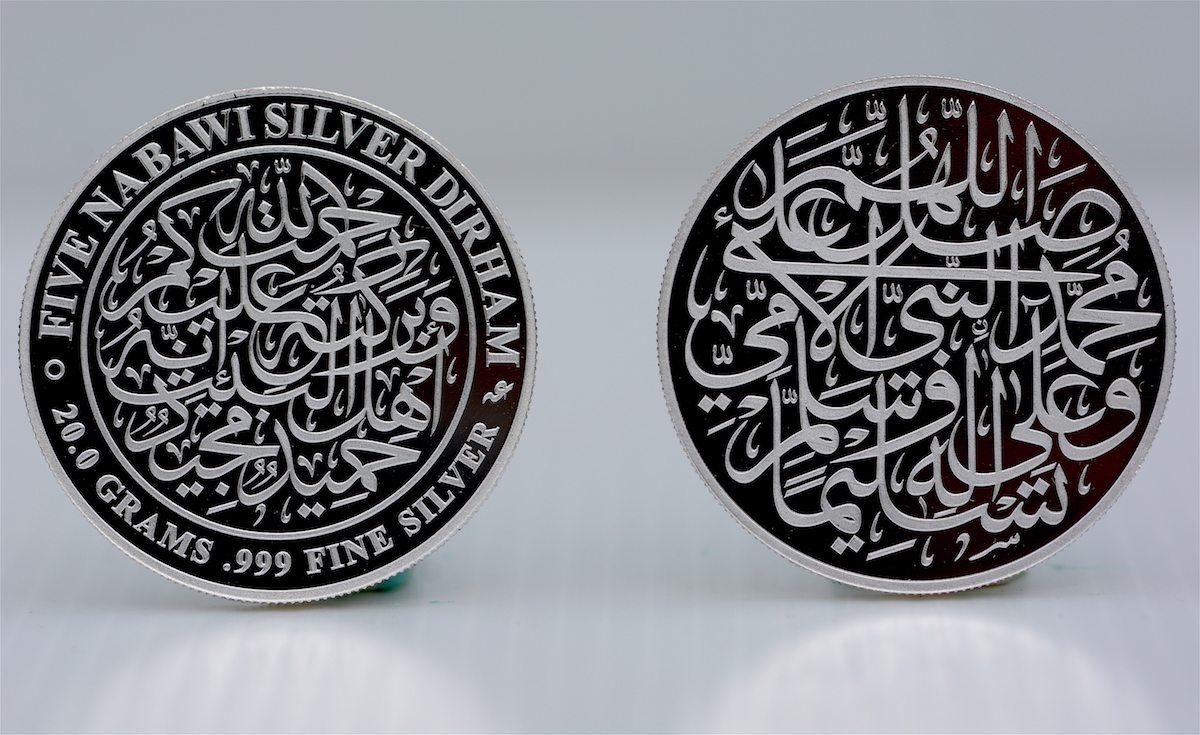 When we first decided to change the design of the reverse side of the One Nabawi Gold Dinar several months ago, we agonized over the message that we should put on it. After all, the gold dinar will endure the test of time. Thus far, our dinars and dirhams have been well received by our customers not just due to the beauty of their designs, but more importantly because of the timeless messages that they portrayed in gold and silver that will serve as a reminder to the Ummah for generations to come.

Looking back at history, we know that Muslims at the time of the Holy Prophet (sallallahu ‘alaihi wa sallam) were still relatively small in number when the monotheistic message of Islam was first being propagated, and that there was an adequate supply of Byzantine gold solidi (dinars) and Sassanid Persian silver drachmas (dirhams) in circulation to meet all the economic needs of the population in the Hijaz.

When the Holy Prophet (sallallahu ‘alaihi wa sallam) emigrated (hijrah) to Madinah, the Byzantine emperor at the time was Heraclius who ruled from 610 – 641 CE and the prevalent currency throughout the Byzantine empire was the gold solidus that was strictly minted according to the standards of Constantine the Great since 312 CE. The solidus is the 24-karat gold dinar which had an average purity of between 99.0 – 99.5% (source: Roman Currency of the Principate).

Based on this documented historical fact, we can picture the various denominations of the gold dinars that were widely used by the Arab and Muslim population in Makkah and Madinah to be as follows (all pictures are not according to scale): 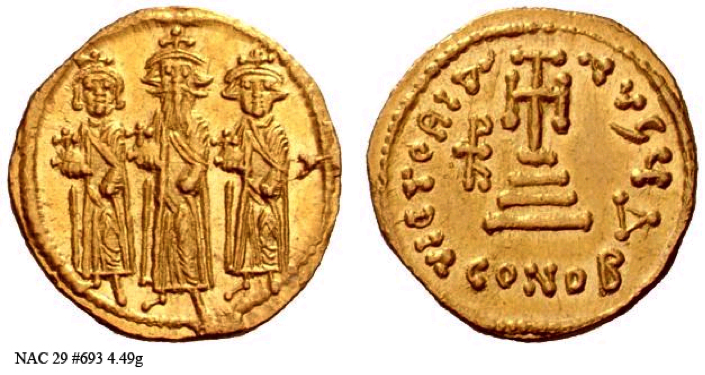 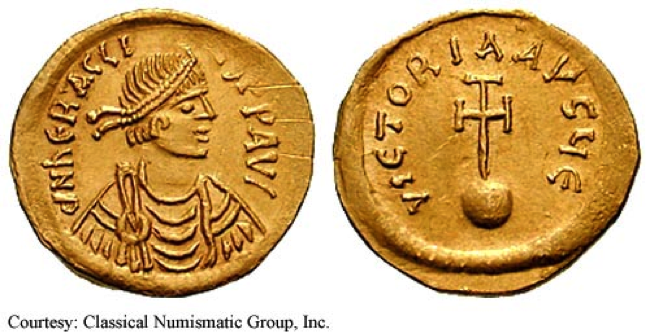 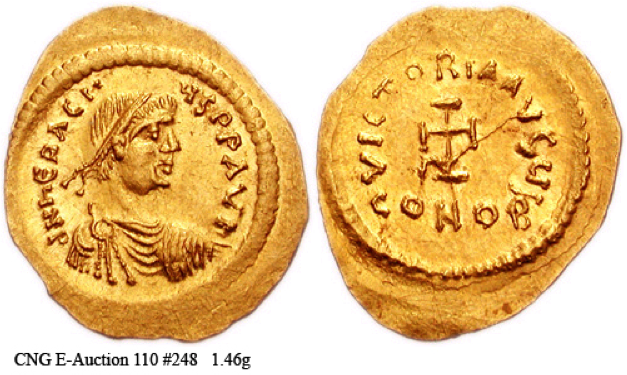 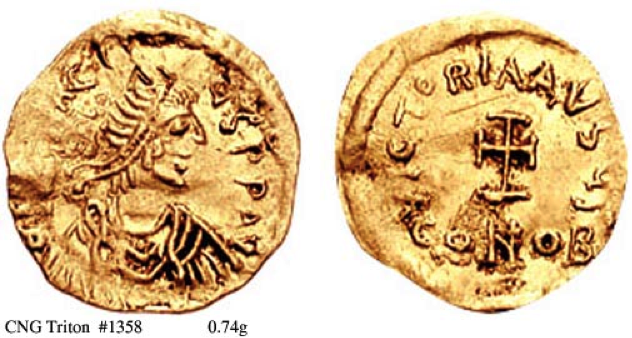 The messages on the dinars then were very clear as they depicted the images of the absolute authority of the ruler and the religion of the nation. Hence, we decided to maintain the calligraphy of Muhammad Khatimul Anbiya or “Muhammad, Seal of the Prophets” on the obverse or front side of our dinar as per the title awarded by the Almighty to our beloved Holy Prophet (sallallahu ‘alaihi wa sallam).

Looking at the present situation in Al-Quds, Muslims are in grievous danger of losing Al-Aqsa and the history of the pillar of Solah or prayer along with it. Remember that the quality of our Solah will be the first to be considered by the Almighty on the Day of Judgment before any of our other acts of worship and good deeds. If our Solah were accepted, our journey towards Jannah or Paradise would be made easy, insha Allah.

We were fortunate enough to be able to do the pilgrimage to Makkah and Madinah in the past, but we constantly dream and pray that the present and future generations of Muslims to come would be able to visit Bayt al-Maqdis, site of the Mi’raj or Ascension of the Holy Prophet (sallallahu ‘alaihi wa sallam) to Heaven and the acknowledgement of the perfection of his state of servanthood by the Almighty as he embodied all that was true and sincere in terms of worshipping the One and only Creator. With this in mind, we finally decided upon the message of Allahu Wahdah la sharikalah, Muhammad ‘Abduh wa Rasuluh or “Allah is One, without partner, Muhammad is His Servant and Messenger” for the redesigned side of the One Nabawi Gold Dinar. May this message resonate well with the hearts and minds of those who are truly seeking the Love and Mercy of the Almighty as it did for the Holy Prophet (sallallahu ‘alaihi wa sallam) over 1,400 years ago, Ameen…